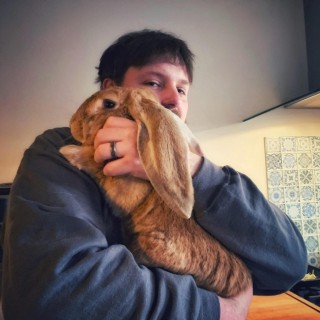 Shadows of Self by Brandon Sanderson
My rating: 5 of 5 stars

With The Alloy of Law, Brandon Sanderson surprised readers with a New York Times bestselling spinoff of his Mistborn books, set after the action of the trilogy, in a period corresponding to late 19th-century America.

The trilogy’s heroes are now figures of myth and legend, even objects of religious veneration. They are succeeded by wonderful new characters, chief among them Waxillium Ladrian, known as Wax, hereditary Lord of House Ladrian but also, until recently, a lawman in the ungoverned frontier region known as the Roughs. There he worked with his eccentric but effective buddy, Wayne. They are “twinborn,” meaning they are able to use both Allomantic and Feruchemical magic.

Shadows of Self shows Mistborn’s society evolving as technology and magic mix, the economy grows, democracy contends with corruption, and religion becomes a growing cultural force, with four faiths competing for converts.

This bustling, optimistic, but still shaky society now faces its first instance of terrorism, crimes intended to stir up labor strife and religious conflict. Wax and Wayne, assisted by the lovely, brilliant Marasi, must unravel the conspiracy before civil strife stops Scadrial’s progress in its tracks.

Shadows of Self will give fans of The Alloy of Law everything they’ve been hoping for and, this being a Brandon Sanderson book, more, much more.

As much as I enjoyed Alloy of Law, I was a little dumbfounded as to the relevance to Sanderson’s epic Mistborn series.

However Shadows of Self delivers a devastating correlation that will blow the minds of Mistborn fans.

This binding does not change the style of writing Sanderson has adopted for the new books, which is very different from the style of The Final Empire etc, the books are much shorter and tongue in cheek witty through the relationship of Wax & Wayne who are not too dissimilar from Sherlock & Watson.

The first scene in the book is Wax trying to be the Lone Ranger expecting his horse to appear like Silver. It’s fun, frantic and exceptionally well plotted, just sit back and enjoy.

This is of course the second ‘modern’ Mistborn book.  However unlike Alloy of Law, you really need to read the classic Mistborn novels (The Final Empire, The Well of Ascencion and The Hero of Ages) to appreciate Shadows of Self.

If you have not done so I highly recommend them if you have time for 2240 pages. If not and you want to get a feel for Sanderson but don’t know where to start? I highly recommend Steelheart.(follow link for my review) as this is not part of Sanderson’s ‘Cosmere’ like the Mistborn & Stormborn books. I am just reading an ARC of Calamity, so will post a review shortly.

If you are up to date, there have been limited signed copies of Bands of Mourning in local Waterstones but not online. I purchased one from the Covent Garden branch. Furthermore the ‘secret’ kindle release, Sanderson has highly recommended finishing BoM before reading.